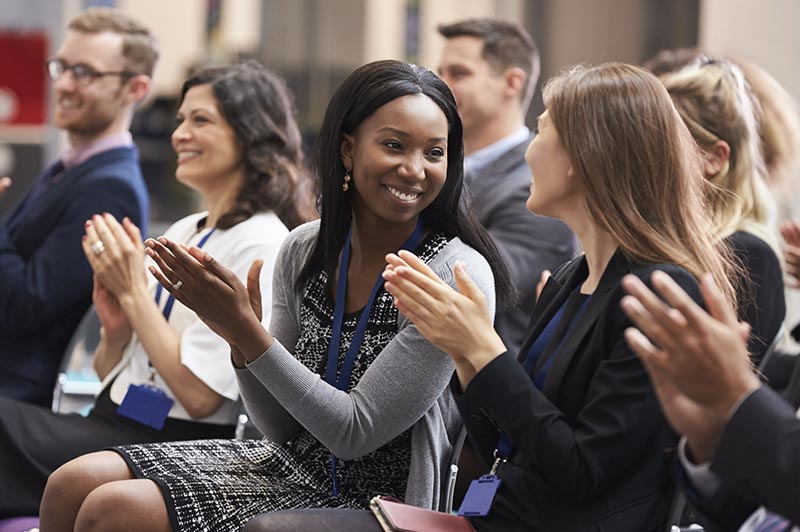 ABM University College recently hosted a two day conference under the theme Entrepreneurship; Key to Sustainable Development. During the conference, the institution launched its Entrepreneurship Development Centre which is located in Gaphatshwa, a few kilometres from Gaborone. Amongst the attendants were Cabinet Ministers, Government Officials and Captains of Industry. Her Excellency Ms. Jean Kimani, the High Commissioner of the Republic of Kenya officially opened the centre. Mrs. Lorato Morapedi the National Development Bank(NDB) Chief Executive Officer(CEO) gave the keynote address on How Entrepreneurs can build the future of Africa. Other speakers included the Minister of Tertiary Education, Research, Science and Technology Honourable Dr. Alfred Madigele who gave an address on the importance of Tertiary Education on Entrepreneurship and the vote of thanks was delivered by the Minister of Investment, Trade and Industry, Honourable Vincent T. Seretse who is also the area Member of Parliament for Lentsweletau – Mmopane. Also present was the Minister of Basic Education, Honouable Unity Dow and the Assistant Minister of Presidential Affairs and Public Administration, Honourable Phillip Makgalemele. The second day of the conference saw the attendance of the Minister of Youth Empowerment, Sport and Culture, Honourable Thapelo Olopeng and he addressed the youth on the importance of the centre and toured the facility as well as viewed displayed products by the youth.

Honourable Vincent T. Seretse, the Minister of Investment, Trade and Industry launched the Entrepreneurship Development Club at Boipuso Hall in the evening of the same day. The Minister stated that the club finds direct relevance in the National Entrepreneurship Policy and Strategy (NEPS) of 2016, which among others implorers the government, the private sector and non profit sectors to fuel entrepreneurship by creating an enabling environment, instilling entrepreneurship, education and skills development, improving access to start up financing and seed capital as well as promoting networks. He challenged the students to embrace this opportunity and take responsibility for their futures. “In my view a building like this one creates the space for you young people to congregate and innovate and to come up with relevance solutions to some of our problems,” he said. The centre intends to operate 24 hours so that students can work in there at whatever time of the day.

Both the club and centre will be used as instruments for promoting youth entrepreneurship activities by our students and alumni. The Club will provide a network of likeminded resources who may help sustain both the passion and provide ideas on entrepreneurship. It will also be a link to entrepreneurship mentors in business and industry throughout the country as an attempt to have wider, national reach. These facilities were inspired by the realization that one of the longstanding impediments to entrepreneurship development in Botswana is lack of incubation opportunities, and lack of seed capital. As a result, the facility will facilitate the incubation of business concepts by young and upcoming entrepreneurs who may find it difficult to run their start-ups by availing them a working space in which to incubate their businesses.

In her official opening remarks, the Kenyan High Commissioner Her Excellency Ms. Jean Kimani congratulated the institution for the passion that they have shown and for launching the centre at a critical time in the quest to diversify and transform the Botswana economy. She said that entrepreneurship is a critical component in the country’s economy because if there are higher entrepreneurial skills in the country then the growth rate will be high. “Fostering entrepreneurship is a priority for governments, priority of the private sector and that is the only way to create economic growth and new jobs, alleviate poverty and have more revenue,” she said. Kimani highlighted that with countries hit by the unemployment rate especially for young people entrepreneurship is the only opportunity that can generate income for those young people. She urged the private sector to help harness ideas by young people and make their dreams come true. She implored upon them to identify a need in their communities because that will open opportunities for them. She finally assured them that Kenya will continue to support and create a linkage for bilateral relations. She encouraged them to embrace technology and pursue their dreams.

The Executive Director of ABM University College Mrs. Daisy Molefhi acknowledged the opening of the centre as a huge milestone in the history of the institution and very significant because it has been a dream of many years.

Mrs. Lorato Morapedi, the NDB CEO recalled the tough times when ABM University College started operating, being one of the first part time lectures of the institution, there were very few students at the time. She applauded the institution on the progress and growth since then. Reflecting on the African continent, Morapedi said there is more growth rate in Africa but Africa still continues to struggle with unemployment rate which has led to poverty and business migration. She said women and youth are the most affected by these, and as a result new opportunities have been created by the continent in order to help deal with the problems that Africa faces with more emphasis in women and youth. She said entrepreneurship has the potential to create millions of jobs.

She urged the youth to set both clear goals and clear targets for their businesses as well as embrace the many challenges they will encounter. “If you are not determined to be successful, then don’t start because that shows that you are not ready yet because failure is part of the game. If you don’t fail you can never be successful because then you won’t be learning anything,” she said.

In his speech, the Minister of Tertiary Education, Research, Science and Technology Honourable Dr. Alfred Madigele highlighted the importance of the youth and stated that even though they are educated they are facing the harshest realities of the economy due to unemployment. He urged them to take advantage of globalisation and come up with innovative ideas. “We need to change our reliance from mineral resources to human resources, and that can only be achieved through efficiency,” he said. He urged institutions to pursue research that will better lives, and also urged all sectors to fund research projects. Madigele highlighted that partnerships are very important and as such fundamental for creating a knowledgeable economy.

Concluding her remarks, she beseeched them to change how they do things in the fast changing world, and if they want to be counted they have to keep working hard. She said it is important for them to be brave and persistent, and think beyond borders.